The Finnish composer Kaija Saariaho has offered one million Euros to the Helsinki Music Centre.

Her one condition is that the hall instals an organ.

A decision is being announced this morning. We think the answer is yes, thank you very much. 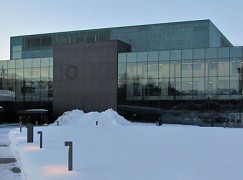