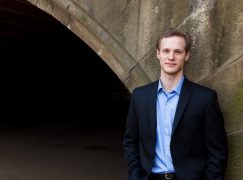 « It takes a good hygge to get over a hard tour