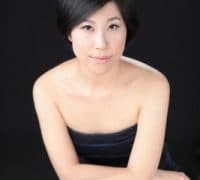 The pianist Jenny Q Chai has contacted Slipped Disc with an allegation that the Swiss conductor Charles Dutoit molested her in Philadelphia after a concert. She says that his daughter and ex-wife witnessed the incident.

‘When I was 17, still a student at Curtis, I went to see Charles Dutoit and (Martha) Argerich with Philadelphia orchestra, after the concert, I went back stage to see Argerich.

‘Instead of her, Dutoit greeted me with the utmost friendliness, wrote Love and big kisses and signed my program, then ran his hands all over my body and tried to kiss me and stick his tongue in my mouth.

‘Many schoolmates saw too.

‘I was grossed out and in fact quite traumatized, as a 17 year old musician. I think I’m ready to speak up openly only now, 17 years later.

‘Many male students just laughed and joked that they will see me making out with him the next day at Curtis. Which made me feel embarrassed. Like I did something wrong. So I didn’t say anything more about it.

‘My schoolmates’ reactions made me feel like it was all my fault. As if I was trying to climb the power ladder or something.

‘Argerich and their daughter was there. They saw it happening! They just gave a look. Like kind of a disgusted, but it’s normal kind of a look.’

Jenny did not report the incident at Curtis. She changed the way she dressed, went into therapy and is still oppressed by the sight of Dutoit, who is now 81.

Four women have recounted assaults by Dutoit to the Associated Press. A fifth described her Dutoit encounter last night on Slipped Disc.

US orchestras have swiftly ended their contacts with Dutoit. There has been no public response from the conductor.

Jenny Q Chai, who is based in Shanghai, Paris and New York, is a noted interpreter of late 20th century piano repertoire.

« Tragedy: Principal cellist is presumed dead in US plane crash