Can the Met be trusted to investigate James Levine?

It’s exactly two weeks since the Metropolitan Opera suspended the conductor James Levine and called in its lawyers, Proskauer Rose, to investigate allegations of sexual misconduct dating back almost half a century.

Proskauer Rose LLP is a New York corporate law firm with offices in several countries. It represents the board of the Metropolitan Opera in hardball negotiations with the unions.

The man nominated to conduct the sexual abuse inquiry is Robert J Cleary, head of the investigations practice at Proskauer Rose. Cleary is a former US attorney for the district of New Jersey and the souhern district of Illinois. He was lead prosecutor in the Unibomber case. He joined Proskauer Rose in 2002. So far, so fine.

But let’s be under no illusions here. The job of Proskauer Rose is, in the normal run of things, to make the Met board come up smelling of roses. The board is its client in this case.

The test will be how it treats the complaints. In a normal inquiry, the first action is to interview all parties to the allegations and then to work outwards to others who might have information. Two weeks have passed and we see no sign of inquiry team members calling on complainants or issuing appeals for others to come forward. It may be that there is a mountain of paperwork to be examined before formal interviews can take place, but unless we see a rustle of activity from the lawyers early in the New Year, the objectivity of the exercise may be called into question.

The same test must be applied to the Boston Symphony, which has not announced a formal investigation but ought to be looking into multiple allegations at Tanglewood concerning more than one conductor. Institutions need to examine more than just their current procedures before faith can be restored. 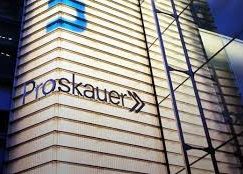 « Room at the inn: Germany halts a composer’s deportation

An early Slipped Disc star is dead at 27 »