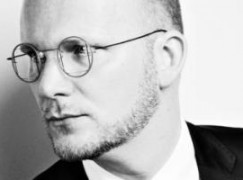 Here’s his reason: ‘In my first encounter with a privately funded company I have come to appreciate Glyndebourne’s unique and complex business model on which its success and survival are dependent and for which the General Director is responsible, alongside providing the artistic strategy.  While planning the seasons up to 2021, I have realised that I feel most at home in a position which allows me to concentrate more fully on creating and executing the artistic vision of an organisation.’

And here’s what Glyndebourne owner Gus Christie says: ‘After much careful reflection, Sebastian and I have agreed that he will step down from his position of General Director. Sebastian’s extraordinary passion for the art form and expertise in the singing voice will be showcased in March at The Glyndebourne Opera Cup, our new international singing competition, an initiative which he brought to the company earlier this year. As planned, Sebastian will continue to chair the jury for the competition. … He is hugely respected and admired by everyone at Glyndebourne, including myself, and he has made an indelible mark on the organisation in his time with us. The fruits of his labours will be celebrated in upcoming years. We part as friends and esteemed colleagues and wish Sebastian every success with his future…’

What’s going down? No-one knows yet, but this has certainly came out of the blue.

Dassy of the Y has died »