An heir to Shostakovich?

As the last releases of the year drop through the door, this is an instant ear-grabber. The debate has raged for three decades as to whether Dmitri Shostakovich was a limp Soviet puppet or a secret resistant. One view was advanced by US musicologists, who would not be satisfied until they had a signed document saying ‘I hate Stalin’, the other by Russian friends and fans of the composer who heard his dissidence expressed in the music.

Thankfully, the dispute is being resolved by a new generation of musicians who come fresh to the music…. 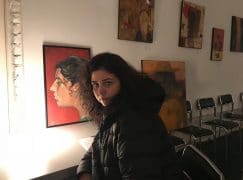