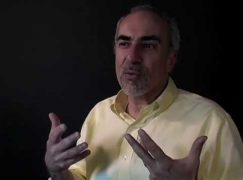 A new claim against a Met staff conductor is challenged

The New York Post has come up with a claim of sexual molestation by a visiting assistant conductor against Joseph Colaneri, a veteran member of the Metropolitan Opera conducting staff (see Update below).

The anonymous complainant alleges that in 2001, when she was 25, Colaneri exposed himself and made her touch his penis as they sat in the opera house in San Francisco watching a performance of La Traviata.

Colaneri, now 62, has been on staff at the Met since 1988. He is also music director at the Glimmerglass Festival.

There is no corroboration available for the Post report here.