From today’s sessions with the Santa Cecilia Orchestra.

The soloist is Coldplay’s Chris Martin who is spending more and more of his time with classical musicians. 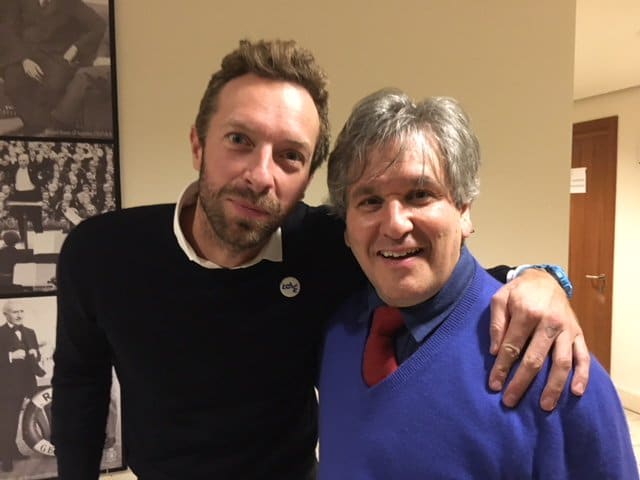 The Houston pianist Mei Rui says she was ordered to leave a Spirit Airlines flight before takeoff after attendants saw her breastfeeding her two year-old son.

She says she started breastfeeding because the flight was delayed for de-icing and the child was hungry.

Spirit Airlines says he should have been strapped in for takeoff: ‘Our records indicate a passenger was removed from Flight 712 after refusing to comply with crew instructions several times during taxi to runway and safety briefing.

‘To protect the safety of our guests and crew, FAA regulations and airline policies require all passengers to stay seated and buckled during takeoff and landing. We apologize for any inconvenience to our guests. As a courtesy, we’ve issued a full refund to the passenger in question.’

Dr Rui, a former teacher at Yale School of Music, has played with many leading orchestras and soloists. 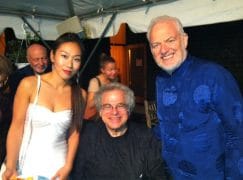 Originally from Shanghai, she also trained as a clinical cancer researcher.

We hear that the Dutch based violist Gil Sharon is joining the Fine Arts Quartet next month.

He replaces Juan-Miguel Hernandez, who has lasted just three years.

The Fine Arts have been performing since 1946. In that time, they’ve had two first violins, three cellists and no fewer than 11 viola players. 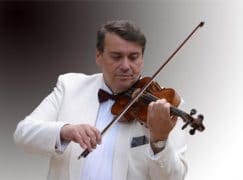 Someone should tell them you have to be extra nice to violists.

Foster has been working lately in Marseille, France. 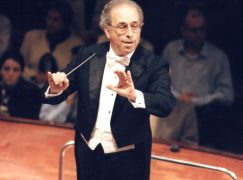 This press release is a masterpiece of understatement. Where else outside Manhattan do you find $50 million in loose change?

The New York Philharmonic today announced that it has successfully raised $50 million for a launch fund that will usher in a new era of fiscal stability and support the new leadership team of Jaap van Zweden and Deborah Borda. The Launch Fund was initiated by the Board of Directors, under the leadership of Chairman Oscar S. Schafer, Vice Chairman Peter May, and Development Chair Oscar Tang, with funds committed over the last few months by a small group of donors. The fund will lay the groundwork for a strong launch of Mr. van Zweden’s tenure and secure future for the Philharmonic.

Music Director Designate Jaap van Zweden and President and CEO Deborah Borda said, “We both want to thank the Board and this incredibly generous group of people who are helping propel the Philharmonic into a strong future. These gifts will have a powerful and immediate impact on the Philharmonic — including balanced budgets over the next several seasons. We are grateful for these supporters’ vision and faith in this great Orchestra as we move into a vibrant new era. It is inspiring to know that we have such a loyal and supportive core, and we anticipate all that we can achieve together in the seasons to come.”

We reported a month ago that Jaap Van Zweden walked out on IMG Artists, the agency that earned him the highest baton fees on earth.

Today, he signed on with Doug Sheldon at CAMI.

Either way, IMG is hurting bad.

Most happy to announce Jaap and I go forward working together for the future and pleased to announce it today – his birthday. Effective immediately I am his general manager for the world. 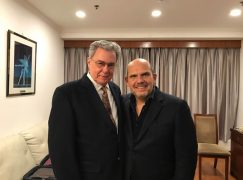 Some of Israel’s leading musicians are putting on a show on December 26 at the Tel Aviv Conservatory in honour of the venerable Ivry Gitlis, the first native-born musician to make it onto the world stage.

Ivry will be there, duetting with some of them, probably far into the night. 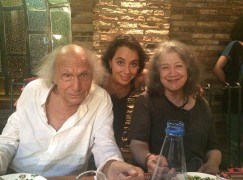 The seismic shock of James Levine’s exposure as a male molester has triggered further ripples of speculation as to the future of the Metropolitan Opera.

The wildest flight of fantasy has come from the critic Justin Davidson who argues:

For decades, the Met was essentially the Levine Company. Its identity was intertwined with his. His taste in composers, his relationships with singers, his hires, orchestra, conducting style, and even, for a while, his eye for productions all shaped what happened onstage in seven performances a week. Divas remained loyal to the Met because they felt safe onstage so long as he was in the pit. Audiences burst into applause as soon as his corona of springy curls bobbed into the spotlight. Critics — and I include myself — lauded his leadership as well as his musicality. His cheery, seemingly eternal presence thrilled the board and helped keep the spigot of donations open.

I’m not sure the Met can survive Levine’s disgrace.

This is hyperbole gone bonkers. Levine was shuffled off to emeritus status 20 months ago and has been a waning influence for several ears. Peter Gelb has long urged to board to order his retirement and, while the board must consider the consequences of years of playing three monkeys to Levine rumours, none of the possible outcomes is powerful enough to turn out the lights at America’s premier opera house. Levine was just one man in a vast machine. The machine will continue without him.

The allegations – which Levine has called ‘unfounded’ without specifically refuting any of the four accusations or taking action against his accusers – will rumble on. They will deflect attention from the Met’s real problems and actually buy time for Gelb and the board to bask in a kindlier light as the incoming music director, Yannick Nézet-Séguin, starts to work his magic.

The real problems, though, will not go away. The Met is selling barely two-thirds of its seats. Some nights it is more than half empty. Gelb’s credit is running out. No new money is coming in.

These are the crises at the Met.

As for the Levine scandal, a widely-circulated petition for him to be reinstated at the Met has attracted fewer than five dozen signatures. Levine is history, for better or worse.

The Met must face the future.

Manuel Legris has just told the incoming director of Vienna State Opera, Bogdan Roščić, that he won’t stay on as ballet director when his contract ends in August 2020.

He was appointed by the present director, Dominique Meyer, in 2010.

The Viennese are now reading between the lines of Legris’s parting statement: ‘I would like to take this opportunity to thank the current Director of the Vienna State Opera, Dominique Meyer. He appointed me as Ballet Director; without him, my splendid adventure with the Vienna State Ballet simply wouldn’t have been possible. And: I could always be sure of his continual support – he has actively contributed to the standing of the Company both in and
out of House. I thank the incoming Director of the  Vienna State Opera, Bogdan Roščić for his vote of confidence – I have stressed to him how much the Company means to me and he has my full support, both in the process of finding a successor and, of course, in the handover of management.’ 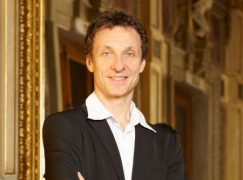 Other hires: Gavin O’Sullivan is head of production and Sorcha Carroll will do the marketing.

The opening production is Marriage of Figaro at Wexford, next April. 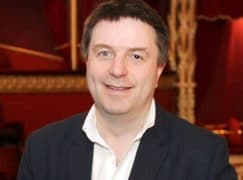 The bassoon world laments the passing of Bruce Gbur, a versatile player in many orchestras who once recorded Stravinsky’s Rite of Spring with Lorin Maazel in his home town, Cleveland. 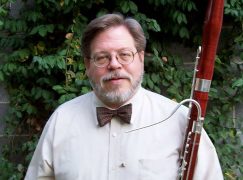 The composer Michael Nyman remembers seeing the TV entertainer, who died yesterday, play a small role as a boy in appeared in Harrison Birtwistle’s ‘Down by the Greenwood Side’ at the Brighton Festival, circa 1969.

Nyman was the librettist.

The uncompromising opera, a ‘dramatic pastoral’, has nine silent roles, which must have been a challenge for poor, irrepressible Cheggers. 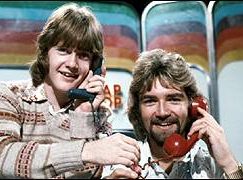