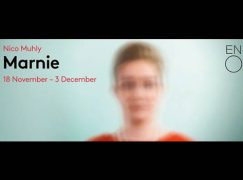 Why has English National Opera got an all-American team?

Its title role is sung by an American, Sasha Cooke.

The director, Michael Mayer, is American.

As is the set and projections designer, Julian Crouch.

And the costume designer, Arianne Phillips.

And the lighting designer, Kevin Adams.

In short, the entire production team are US imports apart from the music director, Martin Brabbins.

Why not just rename it the American National Opera?

It’s a madly insensitive act of team selection at a time when ENO is arguing it remains essential to UK culture.