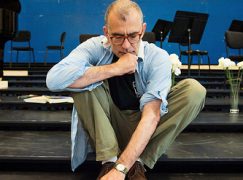 The director Ramin Gray, a contemporary opera pioneer, is being investigated by the Young Vic company after several women came forward with allegations of sexual misbehaviour.

The Young Vic said: ‘As soon as we were made aware of allegations, all of which related to historic events, the Young Vic and in consultation with Equity, Actors Touring Company have initiated an independent investigation.’

Gray, 54,  directed Gerald Barry’s opera The Importance of Being Earnest at Covent Garden in 2013. He has also staged the world premiere of  Beat Furrer’s La bianca notte and the European premiere of Brett Dean’s Bliss.