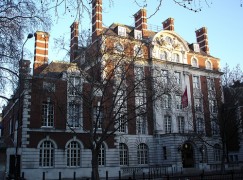 We promised a followup to the Royal Academy furore, specifying the grievances of the student body over a set of lecture notes that were circulated by one of their professors. Here’s the Students Union document. 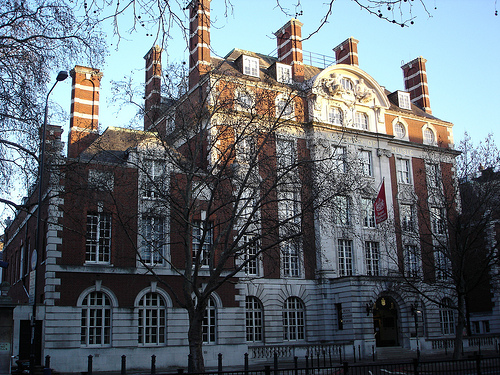 The letter (name withheld) sent to the RAM student body earlier this week was absolutely unacceptable, and her follow-up email that attempted to address student concerns was entirely inadequate. Not only was the initial letter unprofessional in tone, formatting and written style, and not only does it encourage harmful social behaviors, but it violates the Academy’s Equality and Diversity Policy by encouraging the development of a toxic educational and working environment in which musicians are complicit in the harassment of and discrimination against colleagues on the basis of race, ethnicity, gender, age and physical appearance. The Policy Summary found on the RAM website includes points such as “ensure staff create a positive, inclusive ethos that challenges inequality and inappropriate behavior” and “ensure all Academy policies and activity are sensitive to equality issues,” and (X)’s letter is in explicit contradiction to these aims.

The following are some of the most egregious statements from the letter:

“Choose your deputy wisely. Pick someone almost as good as you so you are considered better.” This type of attitude encourages a toxic competitive environment rather than a culture of collaboration, support and mutual respect.

“Join in with the sectional humor. Brass is pubs and pond life is tea queues.” Stereotyping musicians based on what instrument they play is alienating to any performers who feel they do not fit the mold.

“The boys = (other orchestral musicians).” This maintains an environment in which anyone who is not a man is automatically an outsider.

“Gypos (short for gypsies) = violinists specifically.” It is shocking that such racist language would be accepted let alone implicitly encouraged by an official document sent out by the Academy.

“Look young, up-together and cool in rehearsals, and smart in concerts; this is a superficial and ageist world.” This statement regards the superficiality and ageism of the professional environment as something to be accepted rather than challenged, as something that is inevitable rather than perpetuated by individual and collective actors on a daily basis.

“Non-conformity is frowned upon nowadays. The days of the hooligan have gone.” This statement explicitly discourages a diversity in perspectives and attitudes.

“Expect nothing from others but be loyal yourself.” Again, this encourages an environment in which some people may be exploited but are discouraged from expecting anything in return, rather than encouraging all musicians to support each other.

“Play your part, do your thing, head down, don’t complain and keep quiet.” Supposedly this advice applies even in cases of discrimination or harassment.

In her response to student concerns, (X) suggested that her remarks were taken out of context and based on scientific research conducted by a UCL PhD student. She also merely discussed how certain “colloquial terms” could be seen as “offensive” and apologized for the offense without addressing any underlying issues, instead referring us to our principal study teachers for further conversation. There is no denying the fact that this research is likely an accurate portrayal of behaviors that will help advance one’s career. However, the only appropriate context in which they should have been shared would have been a workshop and/or document that explicitly problematizes the behaviors and examines how one might get personal and professional support to respond to specific incidents and to work towards changing the broader culture. Otherwise, they are an active encouragement of racist, sexist and exclusive behaviors and actively discourage musicians from speaking up about injustices by creating a climate of fear around reporting.

We are all current students at RAM, and many of us have witnessed and/or been subject to other discriminatory behaviors perpetrated by both students and staff. Clearly, (X)’s letter is not an exception to an otherwise idyllic and welcoming environment but rather a symptom of a much broader and deeper failure to live up to institutional aims regarding equality and diversity.

In response to this letter, we call for the immediate establishment of a student-led Working Group on Equality and Diversity in order to devise both a both short-term and long-term response to both the letter and the broader climate to which it speaks. This group will examine the climate at RAM as well as in the broader classical music profession and come up with a set of recommendations drawing from approaches taken by other institutions in an attempt to address the underlying cultural and structural issues that allow these attitudes to flourish. The group could take actions such as but not limited to: 1) assessing whether avenues of reporting discriminatory behavior are broadly known, easily accessible and sufficiently safeguard the person making the report; 2) assessing whether particular staff and student training initiatives should be undertaken around diversity issues to promote a safe and welcoming environment for all; 3) collaborating with the Musician’s Union to devise recommendations for students who encounter discriminatory statements or behavior in a professional context; and 4) demanding a formal and adequate response from the Academy that demonstrates the institution’s commitment to ensuring a healthy and respectful educational and working environment for all musicians.

Bolshoi is evacuated by bomb scare »