The pianist with an 80-year career

The Polish pianist Izabella Zielińska has died in Poznan at the age of 106.

Using the stage name Iza Ostoia, she began an international performing career in 1935, only to be silenced by the Nazi invasion of Poland, under which pianists were forbidden to play Chopin. She gave secret piano lessons during the occupation. In 1942 she married Bogdan Zieliński.

With five children to raise, she concentrated mostly on teaching, co-founding the Wielkopolska Music School in Poznan. In 2011 she received the Golden Cross of Merit from the President of Poland. Her immense age granted her something approaching cult status. Born in 1910, she would have been 107 in December.

Her cousin, Jerzy Pajączkowski-Dydyński, lived to the age of 111 and was the oldest man in Britain. 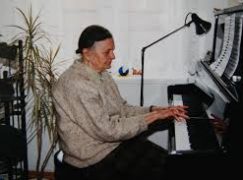