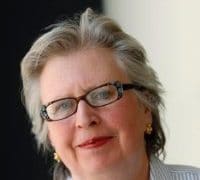 The music critic who takes in refugees

We hadn’t heard for a while from our old friend Manuela Hoelterhoff, former critic and editor on Wall Street Journal and Bloomberg. This may be why.

Manuela Hoelterhoff and Emad Tayefeh share an interest in politics and art, and for three months last year, they shared a home.

Tayefeh is an Iranian filmmaker who fled Tehran in August 2015 having been repeatedly jailed for documenting the political repression in his country following the 2009 Green Revolution.

After a perilous journey through the forbidding mountains of northern Iran and on to Turkey, he arrived in the United States a year later. Tayefeh found refuge at the home of Eve Kahn, a former art columnist for The New York Times. Several months later, Kahn led Tayefeh to Hoelterhoff….

Our string quartet has sleepovers in a Schloss »