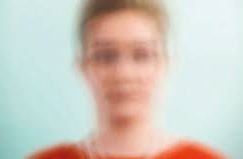 Not another brilliant movie being made into a bloody opera…

We had The Exterminating Angel, by Thomas Ades, after the film by Luis Bunuel. An evening-length meander by a huge cast of characters, none of them defined. All the hype in the New York Times can’t get audiences excited about it.

In London, we’re about to see Marnie by Nico Muhly, after Hitchcock, at English National Opera.

What ever became of Brokeback Mountain, the movie composed by Charles Wuorinen? It premiered in Madrid, was seen once in Germany (at Aachen) and then faded from sight.

Now here’s another one: Ingmar Bergman’s Persona, composed by Keeril Makan, is showing at LA Opera.

Has opera lost all creative invention?

Do we have to cannibalise movies?

Can no-one think of any new stories?

Oh, here’s another: Houston Grand Opera presents, The House without a Christmas Tree, based on a 1972 TV film.