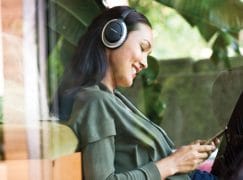 Tests conducted at a Dutch University showed that every section of the orchestra, including strings, are exposed to sound levels of 90 decibels in some sections to more than 100 decibels.

The tipping points for damage to hearing is calculated at 90db.

Risers and screens to do significantly diminish the damage.

Here‘s an abstract of the research:

Symphony orchestra musicians are exposed to noise levels that put them at risk of developing hearing damage. This study evaluates the potential effectivity of common control measures used in orchestras on open stages with a typical symphonic setup. A validated acoustic prediction model is used that calculates binaural sound exposure levels at the ears of all musicians in the orchestra.

The model calculates the equivalent sound levels for a performance of the first 2 min of the 4th movement of Mahler’s 1st symphony, which can be considered representative for loud orchestral music. Calculated results indicate that risers, available space, and screens at typical positions do not significantly influence sound exposure. A hypothetical scenario with surround screens shows that, even when shielding all direct sound from others, sound exposure is reduced moderately with the largest effect on players in loud sections. In contrast, a dramatic change in room acoustic conditions only leads to considerable reductions for soft players. It can be concluded that significant reductions are only reached with extreme measures that are unrealistic. It seems impossible for the studied physical measures to be effective enough to replace hearing protection devices such as ear plugs.

Ten years from now, is that what we’ll all be wearing?

« Just what we need: Ysaye in the nude