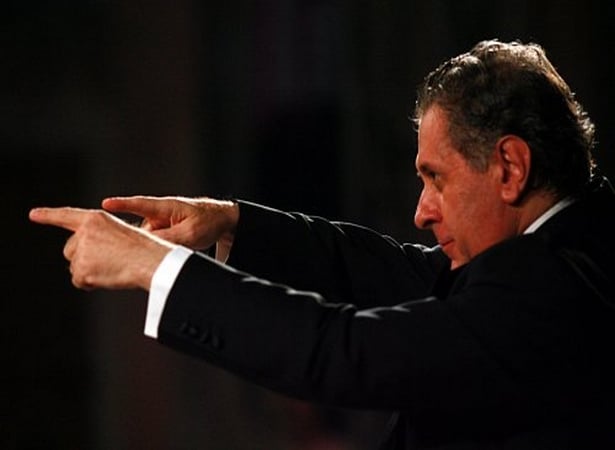 Maestro: ‘These musicians need a finger up the ass’

Musicians of the Mexico Symphony Orchestra have long been fed up with their veteran music director, Enrique Batiz, denouncing him to the Government as abusive and profligate.

But Batiz, 75, clings on, despite the onset of Parkinson’s Disease.

Now the musicians have published a new denunciation of the maestro, together with a tape recording of his foul, aggressive and mostly unprintable language in rehearsal.

You can listen to the tape here.

Toscanini might have got away with it. But Batiz is no Toscanini.