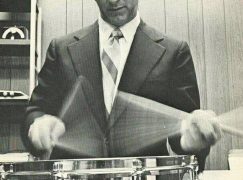 We have been notified of the death of Mitchell Peters, principal timpanist of the Los Angeles Philharmonic from 1969 to 2006 and a prolific composer and teacher.

Here’s an appreciation from the Arizona Chapter of Percussive Arts Society: 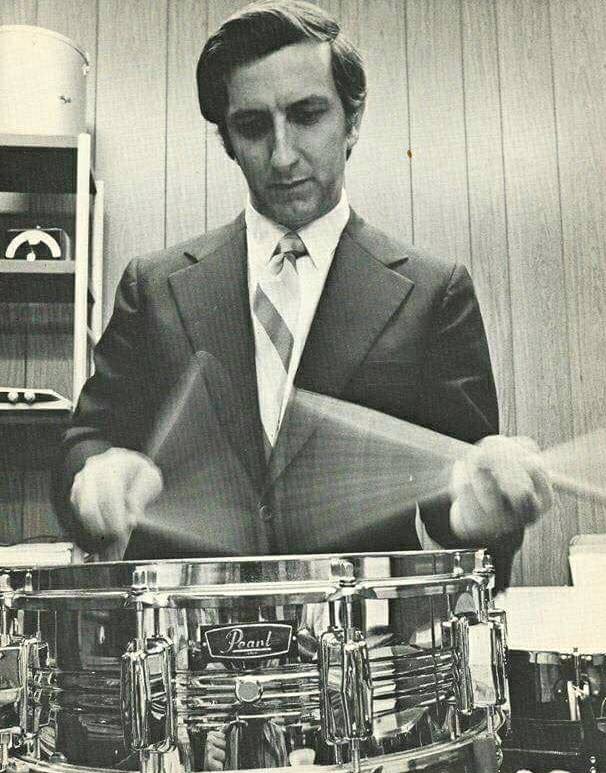 Mr. Peters joined the Los Angeles Philharmonic as its co-principal percussionist in 1969 and retired as its principal timpanist in 2006. He performed under such conductors as Zubin Mehta, Carlo-Maria Giulini, André Previn, Esa-Pekka Salonen, Leonard Bernstein, Pierre Boulez, Sir Simon Rattle, John Williams, Michael Tilson Thomas and countless others.
Mr. Peters recorded extensively with both the Los Angeles Philharmonic and the Dallas Symphony in addition to various appearances on motion picture and television soundtracks.

You may have heard his timpani playing on ABC’s World News Tonight’s opening theme, in the movie 2010: The Year We Make Contact, and the original “Battlestar Galactica.”
In an effort to aid his students, Mr. Peters began writing his own material and eventually started a publishing company specializing in percussion works. As a widely published author and composer, Mr. Peters’ works and instructional materials remain highly regarded throughout the United States and abroad. His method books transcend generations and musical genres. In an interview, Pearl Jam drummer Matt Cameron stated that his teacher, “had me work with these books written by Mitchell Peters — and I’m still using those same snare drum books with my son and his friends.”

Mr. Peters published over three dozen compositions. Performances of some of his more popular pieces such as “Yellow After The Rain”, “Sea Refractions” and “Galactica” can be seen on Youtube. His final composition, “Firefly” was published in 2015 and dedicated to his three grandchildren.
Mr. Peters became the applied percussion teacher at California State University Los Angeles shortly after joining the LA Philharmonic and later accepted the position of Professor of Percussion at the University of California, Los Angeles. In addition, he was a faculty member at the Music Academy of the West in Santa Barbara. In May 2012, Mr. Peters retired from teaching.

« Watch out, Raymond Gubbay’s back