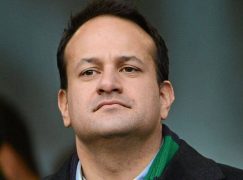 Ireland is killing an orchestra by stealth

Michael Dervan in the Irish Times believes the national broadcaster is trying to merge its two orchestras. Twenty posts have gone already.

Developments in RTÉ over the last few years have been eating away at the national broadcaster’s employment of musicians. The station has been using a form of atrophy, by not filling posts as they are vacated, as well as a more active strategy of allowing its orchestral musicians to avail of voluntary redundancy schemes.

More than 20 jobs have already disappeared in this way, and one highly placed source in RTÉ has said that by next June about one in five of the total of positions in the RTÉ National Symphony Orchestra and the RTÉ Concert Orchestra will have been vacated…

That nice new Taoiseach needs to get involved.

A child, 7, enters the Menuhin Competition »