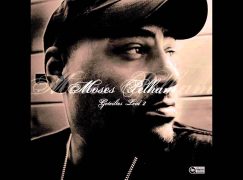 The rapper Moses Pelham was awarded yesterday the Goetheplakette of the city of Frankfurt.

Pehahm, 46, is famed for such lines as: ‘Rödelheimer Land- /Ecke Kleemannstraße, ist, wo der Shit hier begann’ – which is comprehensible to anyone with more than 20 words of German.

Previous winners of the Goetheplakette include Theodor Wiesengrund Adorno, who was certifiably incomprehensible in any language, and Marcel Reich-Ranicki, the great literary critic.

Der Shit, it seems, may have just begann.