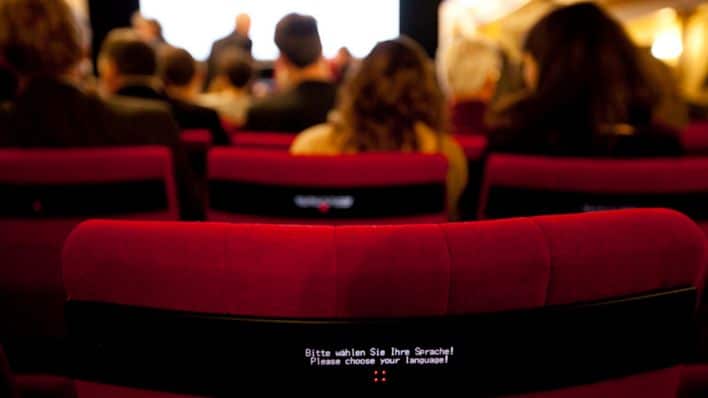 A post-Brexit enticement from our good German friends:

German surtitles for operas sung in other languages have been provided at Oper Frankfurt since 1990 and, later on, could also be seen for operas performed in German. Early on, audiences were very critical of there being any surtitles at all, but they soon became more acceptable because audience members could follow the operas better  – in Frankfurt and other opera houses. Nowadays one cannot imagine a leading opera house not providing, at least, surtitles in the language of their country.

Oper Frankfurt has just introduced English surtitles, which appear above the stage alongside German surtitles, for all performances in the main house. Exceptions are two concert performances of Donizetti’s Roberto Devereux from February 2nd2017, the revival of Britten’s Billy Budd (which is performed in English anyway) from May 19th 2018 and the remaining performances, this season, of Verdi’s Il trovatore and Mozart’s Die Entführung aus dem Serail. New monitors were installed at the beginning of the 2017/18 season at the sides of the auditorium, under the circles, for people who could not see the central monitor well but, because of a lack of space, and technical reasons, only the German surtitles can be seen on them.

‘We see the provision of English surtitles as an attractive offer for our increasingly international audiences – particularly in a city like Frankfurt – which will hopefully make a visit to the opera all the more enjoyable. Anyone who experienced, as was the case during a performance of Mozart’s Così fan tutte, when technical problems prevented the surtitles from being projected, would have been surprised by the lack of laughter in the audience. This is evidence for me of how surtitles for operas have become fully established, and almost taken for granted. And, to our surprise, one really can hear how our audiences’ enjoyment has increased since we have started providing English surtitles,’ said Opernintendant Bernd Loebe.

« A French choreographer is suspended on sexual abuse allegations

So I asked my student if I could call his mother… »