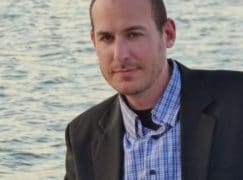 On October 16th I was supposed to fly from Phoenix to Tel Aviv via London. I never made it on this flight, though, because BA gate agents proactively denied me from boarding before the gate was closed, stating that it would take too long to load my mobility scooter. The supervisor at the airport even admitted that if I were an able bodied person, they would have treated me differently, allowing me to board the plane. This blatant discrimination was only a part of the maltreatment I experienced at the hands of BA.

I checked in at the counter two and a half hours before the flight. I was accompanied by my good friend, who always helps me when I fly out of Phoenix. Normally, he receives a gate pass, which allows him to go through security with me, because only he can assist me with things skycaps can not, such as standing up, and going to the bathroom. Doing those is crucial before I fly, especially before long distance flights. This time, however, the person who was in charge that evening (as the supervisor was on call), refused to issue a gate pass for my friend. We tried to explain how important it is for my health, but to no avail. Seeing that we were not able to reason with the person in charge, I resorted to stay with my friend until the very last moment which will give me enough time to pass through security and be at the gate by the time I was requested.

Unfortunately, TSA experienced difficulties, and I was in line for security check longer than usual. BA gate agents knew my whereabouts. As I was waiting in line, I was approached by two TSA agents who searched for me on behalf of BA. However, instead of sending someone to help me through security, which often happens with passengers who need special assistance, the person in charge called the supervisor, and they both decided to deny me from boarding the plane. Shortly after this decision was made, I was approached by a third TSA agent—not even a BA personnel—who delivered the message from the gate, saying that I missed my flight.

Only when I went back to the check in counter to rebook my flight, I discovered that not only BA did not have the decency and courtesy to send their own employee, but that the information they gave me was false. To my dismay, I found out that boarding was still in progress at the time I received the message, so I certainly did not miss my flight when it happened. The person in charge confirmed that boarding started four minutes ahead of schedule, and that she called the supervisor to consult about my situation ten minutes after boarding started. Five minutes afterwards, they decided to deny me from boarding the plane.

When I asked the person in charge to explain this decision, she stated that she made the assumption that I will not make it to the gate on time, and even if I would, loading my wheelchair will cause a delay. Moreover, she refused to let me speak to the supervisor on the phone, even though the latter was on call.

The next day, I confronted the supervisor about her statement, and he even added that this decision was made only due to the fact I use a wheelchair. He mentioned that if any other person who does not use a wheelchair were in the same situation, their decision would have been to allow that person to board the plane as long as the gate is open.

I truly believe this whole ordeal could have been avoided entirely had the gate agents were not so indifferent to my plight. Unfortunately, they chose to not only treat me poorly as a passenger, but also to discriminate against me on the basis of my physical disability.

Unfortunately, BA continues to deal with my case badly and disrespectfully, not considering its gravity seriously. Only after a month from filing a complaint, I received a reply from BA Costumer Relation. Their response was filled with cheap platitudes–about their highly trained employees and about doing all they can to make travel easy and comfortable–but not a single sincere apology to be seen. I kept writing them, of course, but all their emails read the same, with ready-made phrases, as if they were generated by a program that responds to key words in the body of the text.

All The responses I have received, so far, are under the assumption that I complain about, and seek compensation for, the delay in security that caused me to miss the flight. However, the delay is not the issue. I am not expecting an airline to delay flights for passengers who are held up at security, nor do I ask compensation for the delay. What I do pursue, is to right the wrongdoings made by BA– the discriminatory treatment I have received, and the insulting way they handle the situation. It is for this humiliation I seek compensation.

Death of a sought-after American soprano, 71 »