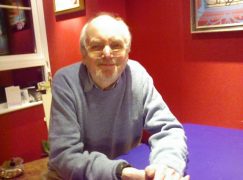 We have been notified of the death on November 17 of Conrad Wilson, music critic for many years of The Scotsman and later of the Herald.

As well as reviewing music in the Scotsman, he also had a food and wine column.

He published a biography of the conductor Alexander Gibson and histories of the national orchestra and the national opera. I commissioned him 25 years ago to write a biography of Puccini for Phaidon’s 20th century composer series. The result sparkled with merriment and appreciation. He was a lovely colleague, a joy to work with.

« Dallas Symphony finds its next president in Boston

Oboist has all her equipment lost by bad airline »