Death of a trailblazing American tenor, 96

Long before American singers were staples of the European circuit, Louis Roney was singing major roles at Italian and German opera houses. He prided himself on being the first Yank to sing at the Maggio Musicale in Florence*.

Before that, he served five years as a gunnery officer in the U.S. Navy during World War II.

Back home he made his debut at 27 as Cavaradossi in Tosca with Dmitri Mitropoulos and the New York Philharmonic. He also sang at the Met.

He died in Florida on November 5. 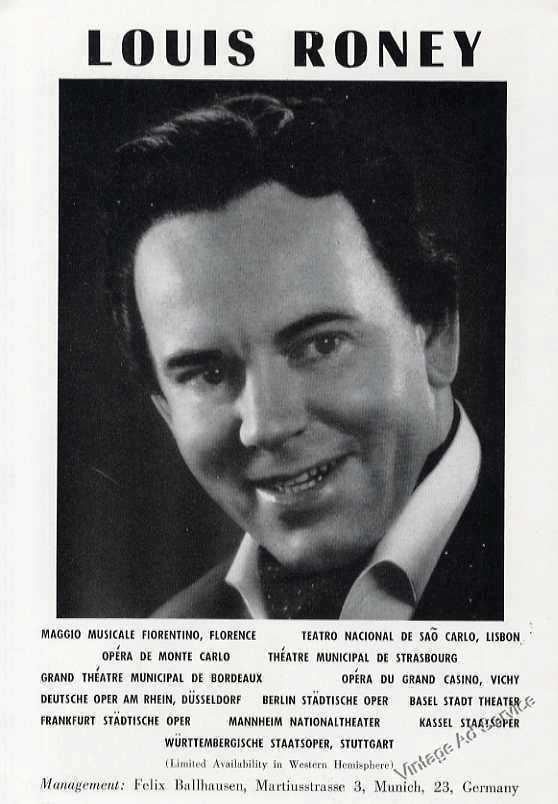 UPDATE: The first US singer at Maggio Musicale was, apparently, David Poleri.