The board president of the orchestra has come up with a centenary offering:

CLEVELAND, Ohio ― Richard and Emily Smucker have pledged $15 million to The Cleveland Orchestra in celebration of the Orchestra’s 100th season and launch of its Second Century.  Their gift will be used to fund artistic and education programs, with an emphasis on programs for young people.  A significant portion of their gift will also support funds for the Orchestra’s future, including the endowment.

Richard and Emily are designating $3 million of their total pledge as challenge grants, which will be used to inspire the Northeast Ohio community to support the Orchestra as the ensemble enters its Second Century of musical excellence and community engagement.

“Emily and I love The Cleveland Orchestra.  The work these musicians do inspires audiences and young people throughout our community, across the nation, and around the world,” stated Richard K. Smucker, Board President of The Cleveland Orchestra.  “From my own life experience, I know that music has the power to change lives.  It has transformed how I think about the world, and I revel in the experience of sharing a performance with family and friends, all of us together. I find myself renewed through music.”

“This Orchestra has inspired me throughout my life,” continued Richard.  “And I want to share that feeling and understanding.  Emily and I want to encourage everyone who loves music, who loves this Orchestra, and who loves this great Cleveland community, to celebrate this 100th anniversary and to be part of the launch of the Orchestra’s Second Century.  Music matters.  Music makes life better.”

“The Orchestra’s musicians and I are deeply moved by Richard and Emily Smucker’s support.  Their generosity and enthusiasm for the music we offer is deeply gratifying,” said Franz Welser-Möst, the Orchestra’s Music Director.  “The Cleveland Orchestra is what it is today because of the community that created it.  Generations have benefited from the vision and generosity of this community.  Music helps us all understand the world and view life in new and positive ways.  Richard and Emily are also teachers, leading by example that sharing and working together for good is a noble and empowering act.  They are deserving of thanks, not just from us today, but from future generations who will be inspired by The Cleveland Orchestra.”

Richard K. Smucker was elected as the thirteenth Board President of The Cleveland Orchestra in March, 2017, and has served on the Board of Trustees since 1989.  He stepped down as Chief Executive Officer of The J. M. Smucker Company in 2016, after serving in leadership positions with the family-owned company for more than four decades; he now holds the title of Executive Chairman. 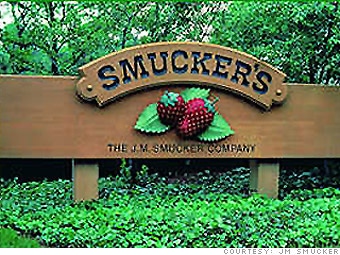