Aled Jones is off the BBC while a complaint is investigated

The presenter has withdrawn from appearances on the BBC following  report in the Sun newspaper that an allegation had been made of ‘inappropriate messages and contact with a female member of staff’.

The former boy star, 46, has apologised ‘for any upset caused.’ He denies any wrongdoing and continues to broadcast for Classic FM. 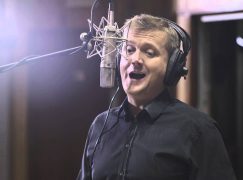