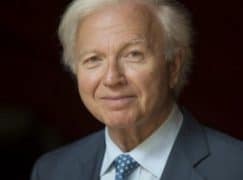 A major international piano competition is distorted by its chairman

Concerns are being raised about the forthcoming Bonn Beethoven Telekom International Competition, where the chairman is, as ever, the distinguished pedagogue Pavel Gililov. The competition was founded by Gililov in 2005.

However, Professor Gililov’s students somehow always manage to enter, and usually to win.

Gililov has been professor at Cologne University and at the ever-troubled Mozarteum in Salzburg.

Here is his recent record as a jury chairman:

As for the Bonn Beethoven Telekom Competition, here is a selection of winners:

1st Prize Henri Sigfridsson (Class Prof. Gililov at the time of the competition)

1st Prize Soojung Ann (Class Prof. Gililov at the time of the competition)

1st Prize Filippo Gorini (Class Prof. Gililov, at the time of the competition)

And its all entirely against the rules…

Gililov, born in Donetsk, Ukraine, in 1950, left the Soviet Union in 1978 and settled in Cologne where, according to the official biography, ‘he re-ignited his passion for musical instruction’. And tightly controlled competitions, apparently.

« Death of an international Hungarian soprano, 64