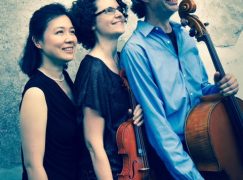 A cool night at Deutsche Grammophon

From our diarist, Anthea Kreston, an American violinist in Berlin:

I am lying in bed, savoring a couple of minutes extra rest. This week, back to our normal Quartet schedule of intensive rehearsals (our new program of Schumann 1, Shostakovich 7 and Mendelssohn Op. 44 #1), beginning our teaching (we have over 40 chamber groups to foster at the University of the Arts Berlin), as well as touring with an old program (tomorrow at the glorious Gewandhaus in Leipzig we play Haydn, Bartok and Schumann 3). In a moment, I will pop up to make our traditional weekend pancake breakfast, now on the dregs of our Vermont Maple Syrup (more is on its way, thank you Amazon.de).

In addition to these activities, I am preparing for my final Beethoven Sonata cycle (we play a house concert today at the grand old apartment of my pianist, Frank-Immo Zichner – the gracious entryway opens to his own concert space, facing a large boulevard in the heart of the East Berlin). We have been tucking rehearsals here and there this week, and have really become quite good friends and easy partners. We have decided to continue together, and will be playing the complete Mozart Sonatas later this season.

Two nights ago, I again was invited to the home of the Clemens Trautmann, the young and hip President of Deutsche Grammophon. Despite his seemingly impossible schedule of meetings, concerts and day-to-day operations, he is always so easy to talk to, so able to chit-chat or delve deep into whatever topic is proposed.

The occasion of this house concert was two-fold – an exploration of the theme of Redemption, as well as the birthday party of the effervescent violinist, Franziska Hoelscher. As before, the magnificent apartment filled with people, each grabbing a chair neatly stacked on the landing. The kitchen was abustle with helping hands, the tables of warm fall foods, decadent desserts, and a city of colourful, shapely bottles were beginning to be explored even as musicians arrived, each from their own worlds, some with suitcase in tow (yes, it does seem that some musicians are so busy they don’t even have a home – they go from concert to concert, bringing what they own and buying what they need on the go).

And what a musical feast it was – the rooms overflowed with audience, and every perch was taken. The audience somehow reminded me of an Oscar Wilde book – the languid, floppy but extremely alert audience member – so well- educated and refined, their wealth so secure as to not even be a thought. Sipping from wine glasses, nodding knowingly as a spectacular moment in a piece was approaching, and clapping wildly after each spontaneously chosen piece was complete. The musicians conferred, pulled up music from IMSLP on their assorted gizmos, and off we went, each taking our turns performing or cheering on our friends. 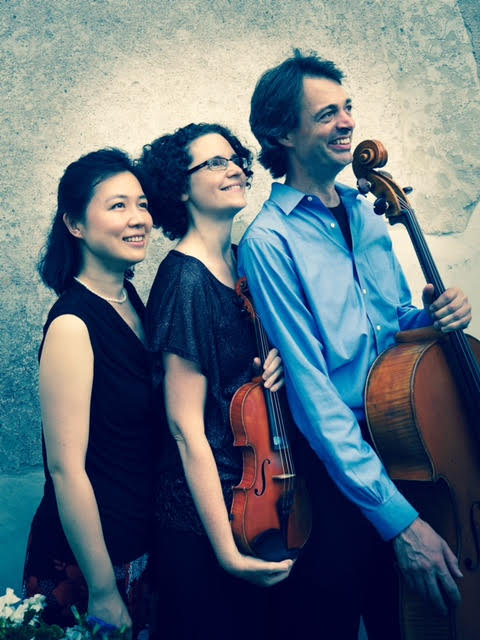 It was warm and inviting, and those musicians not presently playing would simply sit around those playing – we were all snuggled into the stage area together. Jason and I had the particular pleasure of playing the Mendelssohn C Minor with pianist Kit Armstrong – I felt as free as a bird, able to fly and sing with abandon. And to feel again the joy of playing with Jason, with his supportive nods and the familiar shakes of his head as he dug in deep, brought back all of our years as partners in Trio.

A late night indeed, and back home to relieve the babysitter, who had fallen asleep on the reading room couch. The next morning, I woke early – with not nearly enough sleep, but so inspired by what I had heard and been a part of, I couldn’t wait to jump into Quartet and share my joy of music.

« Who jumped in for Robin Ticciati?