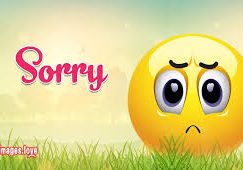 Australia’s best-funded orchestra put out a horribly equivocal statement last week on the Government’s Same-Sex marriage survey. It didn’t need to say anything, but facing both ways was a very bad idea.

Now, under mounting pressure, it has just made matters worse.

A message from the SSO Board to our community on Marriage Equality:

“The Sydney Symphony Orchestra initially decided that it should remain neutral on this question, taking the view that as a matter of principle it would not take a position that might be seen to commit its wide range of stakeholders to one side or the other.

In doing so, the Board now acknowledges that it misjudged the need for such an organisation – with its long commitment to inclusiveness, equality and fairness – publicly to proclaim its support for the yes vote which plainly advances each of those ideals.

This decision has the overwhelming support of the SSO’s musicians and staff.”

As from tomorrow, the organisation will be known as the Sorry Symphony Orchestra.

UPDATE: Why did Sydney change its tune? Read this.

« Death of a much-loved bass-baritone, 68

A maestro in recovery from Hodgkin lymphoma »