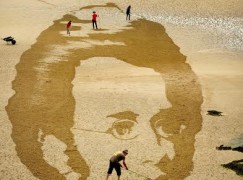 Who was Schubert’s father?

In 2004, in an article titled “Schubert: Family Matters“ in 19 th -Century Music XXVIII/1(2004), Maynard Solomon presented thehypothesis that Bishop Joseph Spendou was the biological father of Franz Schubert’s elder brother Ignaz. This theory remained unsupported by primary sources and turned out to be the sole product of Solomon’s imagination.Undeterred by his limited knowledge of the actual sources, his ideas soared,but were forced back to the ground by the same two problems that had been plaguing this particular field of Schubert research for decades:1) the fragmentary and outdated status of Otto Erich Deutsch’s Schubert  Dokumente, which resulted in the neglect of a large number of sources, and 2) the specific method of not accommodating a hypothesis to the documents,but rather, of interpreting the sources according to a preconceived opinion…