The Albany Symphony Orchestra wakes up today $7 million richer, thanks to a legacy from Professor Heinrich Medicus, a Swiss-born nuclear physicist, who died in February.

The Albany Symphony, conductor David Alan Miller, has an annual budget of $2.3 million and an endowment of $500,000. It will need to scale up to accommodate this generous gift. 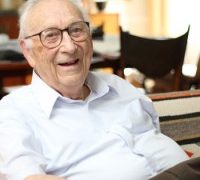