The director of Moscow’s Russian Academic Youth Theater (RAMT), Sofia Apfelbaum, has been arrested in connected with the so-called embezzlement charges brought against the international opera director, Kirill Serebrennikov, who is under house arrest. 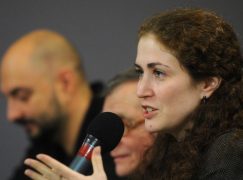 Serebrennikov is an outspoken critic of the Putin regime. Apfelbaum’s views are unknown.