Amid soaring costs, Munich pulls back on new concert hall

Having given the go-ahead to a new concert hall in Munich, the state of Bavaria is now having second thoughts after seeing the costs shoot through the roof.

The funding authorities are furious. 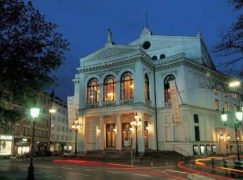 « Why Simon Rattle’s hall is the last thing London needs