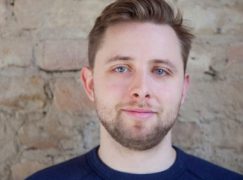 The classical streaming site Grammofy has issued a statement today saying that its financial model is not viable. It has stopped taking new subscriptions.

Founded by Lukas Krohn-Grimberghe (pictured), in May last year, the site offered what it called ‘fair streaming’, based on ‘fair remuneration of artists’.