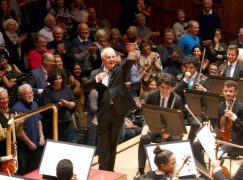 A British star in the West-Eastern Divan

A poignant moment for the Czech-born composer, Alexander Goldscheider. Read through to the end for the triple-whammy:

Today brought me so much joy and happiness that it is hard to contain it in words.

Three key moments combined for me, one of which I never witnessed in my entire life. Ben played, and gorgeously so, a wonderful long horn solo in the Tchaikovsky’s Fifth Symphony, and Daniel Barenboim, having singled out Ben in a standing ovation that followed, turned after a while to the Royal Festival Hall, silenced it completely, pointed to Ben and proudly announced: “He is British!”

To all the patriotic remark was in relation to the fact, that the West-Eastern Divan Orchestra is a brilliant youth orchestra consisting primarily of musicians from the Middle East, Israelis, Palestinians and Arabs, and Ben, albeit with Central European Jewish background, is not a typical member.

To me, who came to the UK as a political refugee in 1981, it means so much more: when you are 31 and leave everything behind, you think of the future for your children and their children more than of your own. Becoming British ten years later is a huge privilege, but again it is your children and their children who are truly British. And when one the world’s best ever musicians, a true genius, shows your grandson to thousands in a phenomenal concert and shouts “He is British,” it is a circle that is so wonderfully, unbelievably completed!!!

The whole concert was poignant to me as I have lived with MS for 22 years myself, so far very merciful, but to see my grandson playing a part in a fight against it was unforgettable. 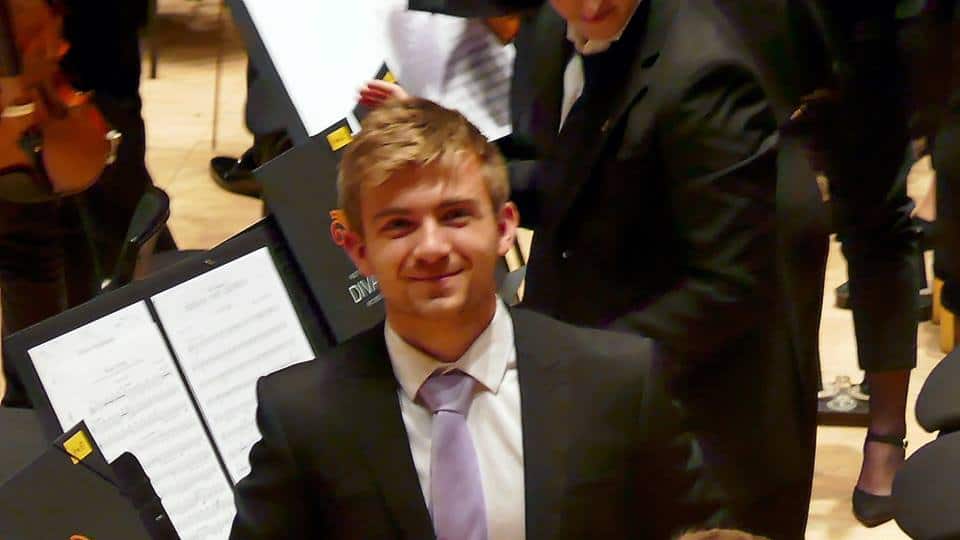 « Kent Nagano is conductor of the year

Counter-culture: Tchaikovsky’s home town gets rid of his statue »