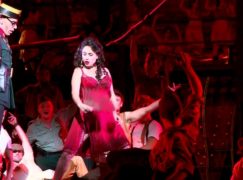 Why does opera get the lion’s share of state funding?

Debate is raging in Australia,where opera is only ever to be seen in four or five cities, over why the art form gets such a huge slice of the funding cake. Can it be justified when almost the entire continent (and its media) is opera free, and when most Aussies would rather go to watch sports?

It is argued that opera represents the “highest” of artforms given its combination of music, theatre dance and the visual arts. Certainly it usually receives the most financial rewards from government and often also from private benefactors.

In 2015-16, Australian opera companies received $23.7 million from the Australia Council, representing 13.7% of the council’s overall grant allocation. Opera, while seen as an art that embraces other artforms, is located primarily within music. Music overall receives 53% of the council’s allocation. This compares with 2.7% given to literature and 9.7% given to the visual arts.

The inequality is even starker in the UK. Your views?

« James MacMillan: I’ve given up composing for Church

Sad news: The greatest of Bach harpsichordists has died »