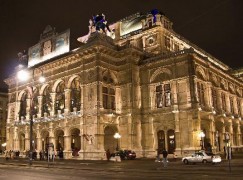 Vienna Opera boss: I never paid for a singer’s taxi

The former director of the Vienna State Opera, Ioan Holender, has given a grouchy interview to Die Presse in which he insists that he never rode in taxs or stayed in five-star hotels.

Singers who asked him to pay their taxi ride from the airport were bluntly refused.

He maintains the top nightly fee at Vienna is 12,500 Euros, as it was in his time, but he thinks the opera house gets too much state subsidy and he’s angling to get appointed as an adviser to the incoming director Bogdan Roscic.

« Judges fix the finals of the Bartók competition