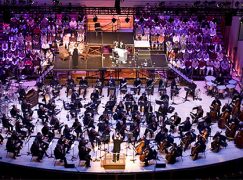 from the ASO press release:

Julianne Lee joins from the Boston Symphony Orchestra, where she served as the Assistant Principal Second Violin.

Madeline Sharp and Thomas Carpenter were previously members of the New World Symphony.

Principal bassoonist of the Florida Orchestra, 2007-17, Anthony Georgeson has also been a member of the New World Symphony.

Michael Stubbart was Acting Principal Percussion with the Hawai’i Symphony Orchestra in Honolulu.

Joseph Petrasek most recently served as Associate Principal Percussionist of the Kansas City Symphony for eight seasons, and as a percussion fellow in the New World Symphony.

Sissi Yuqing Zhang is a founding member of the Hsin Trio.

Carmen change at Covent Garden due to pregnancy »