Mexico music professor: I was about to teach a class when the earthquake struck

I was about to start teaching a class when the earthquake struck. I’ve gone through quakes in Los Angeles, here in Mexico and a tsunami in Thailand, and this was by far the worst. It was violent right off the bat.

Entire buildings collapsed. Windows were shattering and falling into the street.

I only had to go down two floors. We had a drill about 2 hours earlier, at 11 a.m., and it made a huge difference. The drill is held every year on the anniversary of the 1985 quake. People were more aware not to run and not panic. But nobody wants to go back into buildings. I’ve never seen so many people in the street…. 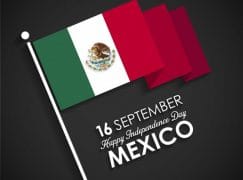