Last survivor of the Ballets Russes?

The dancer Tamara Tchinarova died yesterday at her daughter’s home in Spain at the age of 98.

Of Armenian, Georgian and Ukrainian descent, she trained with Olga Preobrazhenskaya and in 1932 was recruited by the Ballet Russe de Monte Carlo where she was known as one of Balanchine’s Baby Ballerinas.

She decided to stay in Australia at the end of her second tour in 1939. Four years later, she married the hell-raising actor Peter Finch. After their divorce in 1959, she settled in London as a dance writer and interpreter. 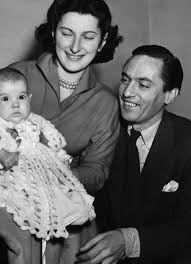