UPDATE: Kyeong Ham, an oboist with the Concertgebouw orchestra in Amsterdam, won second prize at the ARD finals this afternoon together with Juliana Koch, principal oboe at the Royal Danish Opera and Thomas Hutchinson of New Zealand. No first prize was awarded.

The result we reported earlier was based on erroneous information. 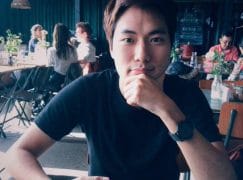