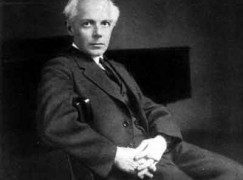 Judges fix the finals of the Bartók competition

Our observer at the Bartók violin competition, held at the Liszt Academy in Budapest, was encouraged to see several unfancied outsiders get through to the semi-finals.

That was before the judges woke up. In the final, all the contestants are students, or past students, of members of the jury.

Yoerae Kim – South Korea, has studied at the Liszt Academy for 8 years

The finals are tonight.

The outcome: Teacher’s pet wins all.

What was it Béla Bartók once said? ‘Competitions are for horses, not artists’.

Vienna Opera boss: I never paid for a singer’s taxi »