How (not) to get better in German

Our diarist Anthea Kreston was rushed to hospital in Berlin last week for emergency surgery. She would like to put the recovery period to good use for improving her German, but that’s easier postponed than practise. For a start, in German medicine they expect you to do everything for yourself….

While in Italy last week, I received in my email inbox several messages which read: “Procrastination Module Overdue”.  You see, in preparation for my intensive German course, I had decided to take an online learning course, designed primarily for science and math students, to bolster my confidence (knowing, as we all do, that after adolescence, the ability for a human to master language is basically impossible).

But, as fate would have it, I ended up in the hospital, and flat on my back this week. I have lost weight (Jason hugged me on the way to work and said – “Anthea, just don’t get any skinnier please”), continued to have blood loss, had difficulty moving faster than a slug during siesta, and have had wavering faith that I was on the recovery. When on my second post-op checkup, the doctor commented that blood was being trapped in the hole left behind by my cyst. There was a shocking but extremely short pain, and she help up a bloody q-tip.  She said – “is that ok?” (a tad late to ask that, I might mention) – she had poked through my incision to allow blood to come though – with a q-tip, for Peet’s Sake!  She then told me to manually keep the wound open, to allow for flow (I was supposed to do this three times a day while training a hot shower head on the wound and massaging it).  I said – “what about a catheter?”, and with a big sigh of relief, I heard her say “great idea!”, followed by, “you can pick one up at the pharmacy and put one in yourself if that is easier for you”.  What is this, do-it-yourself procedure day?  My constant low-level nausea is understandable.

So – I got better and worse, and I was reminded of Bruce’s wise words several times (he is a frequent commenter – and we nearly met up in Spokane this summer, just missing each other by a couple of days).  He said something along the lines of “none of this “it’s been 3 days” – I wish the couch was just a tad closer to the window business”.

One instance was when I was trying to knock walnuts out of the tree with a huge extended rake, or the time I was on the piano bench installing the newly purchased (from a flea market) vintage topographical school map of Germany, or when I was playing the American and German National Anthems (a beautiful Kreisler arrangement of the German one is on YouTube), sidled up to the mike, next to the hamburger stand, for my daughters’ school-wide field day.

But, mostly I have been in bed, having food delivered to me, nestled in with a hot pack and tea, reading books – and finishing my over-due Procrastination Module. Today I have a house concert of 4 Beethoven Sonatas (the cycle starts next week – with my colleague and friend Frank-Immo Zichner on piano). We did not procrastinate on our work – our foundation was well-laid before we broke for the summer, so just a couple of quick touch ups this week sufficed.  A procrastinating musician is a musician who plays concerts only in the privacy of her own, acoustically perfect bathroom.

4- belief (your habits have a belief – to change them you have to change your underlying belief of your habit).

Interestingly, the first element (cue) is when you think about something uncomfortable that you need to do, and this actually activates your pain centers in your brain – as if you are physically in pain. That is when we switch to do something more fun – to activate dopamine – this is the crux of procrastination. What happens during that instant is that your brain says “no no no I can’t do this – I won’t succeed!”.

This thought is called product. This is what triggers the pain. What this course suggested that, instead of thinking about product during the Cue, think process. The time you need to do the activity. Don’t think about “What you need to accomplish”, just turn on the timer, and do something, anything, for 25 minutes.

I tried this this week, to reorganize our household papers, and it really worked!  And I also relabeled, organized and alphabetized all of my quartet music, and finished my final weeks of my learning course – ahead of schedule. Feels great – give it a try! 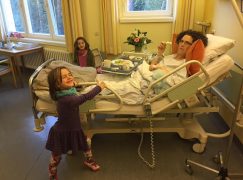