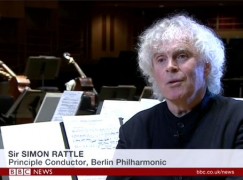 How music directors lost their powers

In this week’s Spectator, I write about the progressive emasculation of the music director.

‘I would never let a music director tell me which soloists to hire,’ a US orchestra president assures me. ‘Nor would I accept his preferred guest conductors.’ Patronage used to be a maestro’s perk, giving old codgers access to young talent that some would shamefully abuse. Loss of patronage has all but disabled the role. Except for Muti in Chicago and Barenboim at the Berlin State Opera it is hard to name a musical institution today where the dominant voice belongs to the music director…

So what, exactly, can Rattle hope to achieve at the LSO? He has told friends he would like to see some changes in personnel, but hiring and firing are entirely in the players’ hands. All the music director can do is nudge and wink to his supporters and hope for a desired outcome. Rattle opened the season with a programme of all English composers, most of them living, but he won’t be allowed to push programming any further than the box office will bear — and it won’t bear more than one such eye-catcher per season….