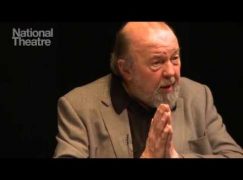 The death has been announced of the great theatre and opera director, Sir Peter Hall. Peter was 86 and had been suffering for several years from dementia.

He was Britain’s greatest theatre engine of the 20th century.

He founded the Royal Shakespeare Company in 1960, took over the faltering National Theatre in 1973 and turned it into a powerhouse. When he left in 1988 he started the Peter Hall Company, created the Rose Theatre in Kingston-upon-Thames and directed operas each summer at Glyndebourne, where he held the title of artistic director and formed a close partnership with Bernard Haitink. His Ring cycle with Georg Solti at Bayreuth was relatively inauspicious, but Wagner was never really his thing. Peter was a theatre man through and through.

At our last lunch, beside the shell of the Rose Theatre a dozen years ago, he was full of wisdom and inspiration.

No man did more for theatre in my lifetime. And so much for opera.

The stage is packed with his disciples.