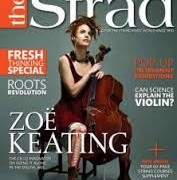 Hey @dusairport, my cello was lost there today between @airberlin and @British_Airways, can you help find it? Thank you!

Thanks to @dusairport my cello is on its way to LHR! @British_Airways isn’t sure about my clothes tho, so tonite might be a pajama concert

I saw in the photo from @dusairport that my lost cello has tags on it still. How can you not know where it is @British_Airways??

24hrs later and @British_Airways still doesn’t know where my cello is. Customer service is doing all they can but the system is BOLLOCKS

Ok. Cello and mic possibly crowdsourced. Now working on 2 USB dongles for my new mac and a chunky square USB 2 cable for the softstep pedal

The concert, at King’s Place, is sold out.

Another maestro blows the shofar »