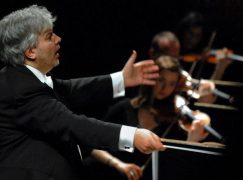 French maestro is being questioned for ‘moral harrassment’

The former music director of Tour Opera, Jean-Yves Ossonce, is being questioned by the police after three members of the chorus claimed that he subjected them to ‘oppressive, humiliating and demeaning treatment’ during the course of a union dispute in 2005-6.

Ossonce was music director in Tours from 1999 until last year.

Under a law of January 17, 2002, moral harrassment, such as bullying at work, is both a civil and criminal offence in France.

Exclusive: Peter Gelb wields the axe in a day of the long knives »