Breaking: Bolshoi will stage Nureyev, maybe without its director

Vladimir Urin has announced that the controversial ballet production of ‘Nureyev’ by the arrested director Kirill Serebrennikov will take place on December 9 and 10.

The production was cancelled at short notice in July after reservations over full-frontal male nudity and the director’s growing difficulties as a critic of the Putin regime.

Urin said today that he had asked the investigator who is in charge of Serebrennikov’s case to let him meet with the director, who is under the house arrest. The investigator gave his permission in a phone conversation. Urin added:
‘What is important now is whether Serebrennikov will allow production to be performed without him or whether he will ask to wait for this whole situation to be resolved, in which case we will finish the work on the production together with him’.

He continued: ‘Kirill Serebrennikov gave his consent to the theatre on the following: if the situation with his house arrest is not solved, the work on the ballet Nureyev can be finished by the choreographer Yuri Possokhov. I would like to mention that as for Kirill Serebrennikov’s share of work, most of it has been done and tracked down. As of today, it is much more important to work on Yuri Possokhov’s choreography and make sure the dancing is on the decent level. In the mid-November the choreographer will be able to come to Moscow and to continue working on the production. We have already negotiated this. Kirill Serebrennikov might have the chance to join the production team before the premiere and we will be very happy if he can do so.’ 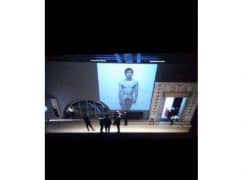 It sounds like the Bolshoi is dancing, as usual, on hot coals.