The death has been announced of Pierre Bergé, lover and manager of Yves Saint-Laurent.

In 1988, the vastly wealthy Bergé was appointed head of the Opéra Bastille, where he clashed with the music director Daniel Barenboim, forcing his resignation over Barenboim’s refusal to accept a 50 percent pay cut.

Bergé replaced Barenboim with the unknown Myung Whun Chung and saw the new theatre through to four years past its opening. Chung was fired in 1994 by Bergé’s successor, Hugues Gall. Those were turbulent times, exciting and colourful in comparison to present mundanities. 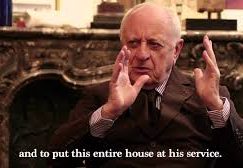 Watch: Two tenors and Angela sing it for Pavarotti »