Another memory provoked by the death of Pierre Bergé.

In 2001, the fashion mogul co-financed the launch of the first dedicated online classical music site. It contained news, reviews, features, reference articles and even its own record label, mostly retrievals of historic broadcasts. Some of the content was memorable, some of the recordings indispensable. I particularly treasured a 1960 Vienna Philharmonic Mahler concert with Dmitri Mitropoulos.

No expense was spared. The design was exquisite. The site was run from offices in Paris and New York. For a year or so Andante seemed to be the future.

Then, without warning, Bergé demanded his money back. Maybe he read something he didn’t like. He was always short-tempered and capricious.

The Andante site was taken over by the Naive record label, with drastic cost cutting. In 2006, it was shut down.

All that remains are the recordings, if you can still find them. 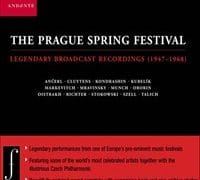