He revived defunct operas by Siegfried Wagner and premiered new ones by Volker David Kirchner, among others. A modest man of conservative tastes, he had a high reputation among connoisseurs. 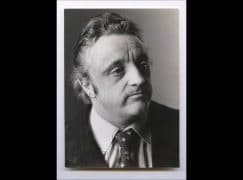